Hypodermic needles being found in sand is a worsening problem for many Southern California beaches and we are sounding the alarm.  Unfortunately, this problem can be found on the East Coast as well. Many beachgoers are becoming increasingly concerned with the rise of needles being found in the sand as well as the high number of homeless using and then dumping their needles in the sand.

On August 9th of this year, a woman was stabbed by a needle in Santa Monica while playing volleyball in the sand. Just after stepping on the needle, she observed that it was approximately one inch long with a good portion that had pierced her foot. She and her husband immediately notified Santa Monica Police and then drove to UCLA Urgent Care where she was immediately placed on post-exposure HIV prevention medication. The consequences of this incident was she received a very harsh medication that left her bedridden for twenty-eight days and then having to wait three to six months to find out if she had been infected by HIV.

Apparently, this is not an isolated incident as on July 26th, 2018 a junior lifeguard stepped on a needle in long beach. There are also other unreported incidents that make it in the news but the problem of hypodermic needles in the sand is becoming a threat to beachgoers visiting local beaches.

Although rare, there have been some instances where medical waste has been found washing ashore from the ocean which was probably the result of someone dumping waste rather than paying for the costly removal and disposal of such medical waste. Some have raised the issue of needles being discarded in storm drains and making their way to the ocean after significant rain events.

The topic of the homeless and the rampant drug use among them is enough to make blood boil for many. Sadly, this problem is not going to go away anytime soon and in fact will only get worse as long as State and Local Government willfully choose to ignore the problem. Instead they give the homeless more protections for their illicit activity that endangers the well-being of law abiding citizens. So now what? 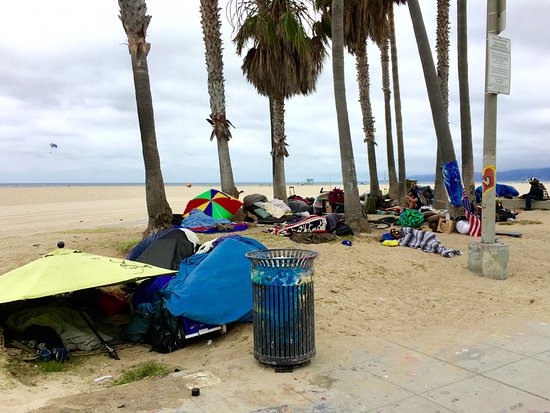 There are a few things you can do to protect yourself and your family for that day at the beach.

They are as follows:

If you or a family member step on a hypodermic needle, immediately notify a lifeguard or a police officer and then seek medical attention. If you have the ability to safely collect the needle and possibly secure it in a bag of some sort, this may allow the receiving medical facility to test the needle for HIV or any other disease. You may also request a police officer to help with retrieving the needle as they may have proper personal protective equipment to do so.

We also want to encourage anyone on Southern California beaches to report hypodermic needles you may come across to local authorities as they can properly dispose of the items. Your actions could help prevent others from getting stuck by a needle.